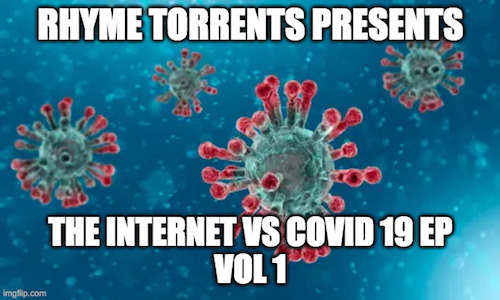 Describe your production setup and process

Describe your production setup and process

I thought it could be cool to learn about different people's production setup.

Doing pretty much everything completely in the box. I'm pretty new to the world of Synths so just mostly using stock Logic ones but I'm also using Korg Gadget as a plug-in which I'm using more and more.

A have a small handful of waves plug-ins that I use regularly. CLA guitars, CLA vocals, IM pusher, R-comp, R-vox.

All my guitars are recorded DI and don't bother with physical amps anymore. Plug-in amps are good enough for me.
My audio interface is a two-track AVID one that came bundled with Pro Tools from when I used to use that back in the day.

Drums. I'm a total newb at beats making so I rely on the 'Logic drummer' program a lot. I then convert it to MIDI and refine things from there. For my hip-hop songs I often use samples from Korg Gadget. I find many of these to be better than logic ones.

For a mic I use a AKG C2000B (pretty basic) going through a Focusrite ISA One pre-amp (The pre-amp is the only 'good' piece of gear I really own other than my guitar which is a 1976 Japan Made Greco 'Spacy Sounds' Telecaster ).

I now mix primarily through a pair of $50 pair of Superlux studio monitor headphones (which are actually quite good and amazing value for money). I own larger traditional studio monitors but my current interface doesn't have the outputs for them and tbh they take up too much room on my small desk so learning to mix without them.

90% of my songs are written on an acoustic guitar. Once a song is pretty much completed I will then flesh it out in logic. I will sometimes use the Korg Gadget app to make tunes on my phone and then import them over to logic. I almost always write music and melodies first and then write lyrics afterwards to fit these melodies.

I have an open notepad document open in my phone which I use for writing lyrics and song ideas.

So that's it. Pretty basic set up but quite functional and pretty mobile if I want to work in cafes etc. 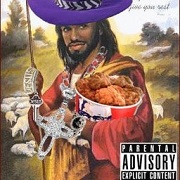 Re: Describe your production setup and process

I play drums in bands, can read and write sheet music for trumpet and can play any instrument but I am best at drums.

I run FL studio on windows XP with whatever unto the Lord Jesus himself plug-ins samples or kits I download or are given to me.

I work with people all over the earth via in person or internet. I write about things I like whenever I am working on a new album.

I record live vocals with a cheap mic. Eventually I purchased a Beringer B-1 and recorded an entire album and SSS podcast season 1 but everyone said it was my worst album production. Nowadays I simply use my Android phone or visit a recording studio.

I have a C in audio engineering and to be honest it is for someone else as well as booking I can do it all myself but I am a Chief musician and need to focus on production, vocals and performing.

My friend Andrew Dunham has a good home studio and helped record my published album World Changer that was on the radio in 2013. Other then simply recording mixing and mastering on audacity and Goldwave I have decided that those jobs are for other people.

My master plan is to continue to allow the venues to do the booking and eventually head to studios and focus on production and performing. Doing everything yourself is possible but takes lots of energy.

When your on your own and low on funds study Soulja Boy or Taylor Swift she produces writes and probably engineers as well.

All my albums are all self produced or I wrote over someone else's instrumental normally with permission.
I write all my lyrics as do my friends, I recorded, mixed and mastered all of the albums besides World Changer being 1/8 LPs from 2010-2014.
http://davidblakemercer.itgo.com

Re: Describe your production setup and process

Back in the day (up to about ~2010-ish) I had a really nice PC setup, a custom built rig I threw together that had a nice discrete sound card. All of my production then was done with a cracked copy of Fruity Loops (I guess it's FL Studio now). I had a bunch of VSTs I'd gathered here and there, and gigabytes of drum sounds. The hard disc eventually gave up the ghost, and I never bothered to replace the system with anything equivalent. I directed those funds to other interests.

Since then, I've been using my everyday MacBook Air to fiddle with music, which is something that I never stopped doing. Everything is done in GarageBand. It's kind of a fun challenge to squeeze out as much sound and quality from such a limited setup to produce music that meets my standards. And everything I've released or shared since like 2010 has been done this way.
My Soundcloud
Top
Post Reply
3 posts • Page 1 of 1