/r/nerdcore is under new management! 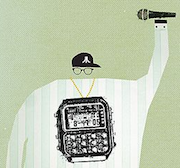 /r/nerdcore is under new management!

Hello and welcome! I've received modship of this subreddit via /r/redditrequest, so let me introduce myself. I'm /u/Weirfish, and I've been listening to nerdcore since around 2008 some time, cutting my teeth on Final Boss, Tube Technology, and Optimus Rhyme. I've been the head and only mod for /r/3d6 since 2014, during which time I've seen the subreddit grow from a few thousand subscribers to over 140k, with minimal drama and scandal. I use too many parentheticals, I'm a massive fucking nerd, and I like long walks on the beach. (okay, one of those is a lie.) As a moderator, I intend to create a set of rules and guidelines for this subreddit that are easy to understand and follow, and create a welcoming, constructive, and non-toxic community. It's going to take a little time and input to get those rules established and settled, and I will be asking for feedback from anyone willing to give it. Once these are agreed, I anticipate creating a few periodic scheduled posts, in order to encourage discussion. I'm thinking a classic Throwback Thursday for anything older than a few years (what with our favorite genre being rather young, we can't throw very far back), perhaps a New Releases periodical, something like that. Nothing's decided yet, definitely taking suggestions. An elephant in the room; I understand there is some drama between various groups and cliques within the social space; I am not up to date or involved with this, nor am I interested in joining any drama. The subreddit will be open and accepting of anyone who wishes to participate both in good faith and on-topic, and I do not intend to give any moderation power to any first party content creators (musicians, documentarians, reviewers, etc) in order to avoid conflicts of interest in moderation. Consider me Switzerland, but with less accusations of complicity with fascism via the hoarding of illicitly gained wealth. And even more chocolate. I do intend to reach out to the other communities in the hopes we can collaborate, rather than compete. This reddit request has resolved at both an awkward and fortunate time for me; it's currently nearly 2am as I post this, having gotten the approval at a shade past 12:30am. However, it's nearly Friday, so the weekend beckons. As a rough timeline; a thread for new rules on Friday, and one about periodicals by Monday. I expect we'll have other things to talk about after that, but I won't commit just yet. I'll be replacing the rules in the sidebar and subreddit settings with a short-term placeholder imminently, as the current rules are rather more partisan than I prefer. The tl;dr of that placeholder is the unmitigable Rule 1: Don't be a dick. Let me know what y'all think, any concerns or problems. submitted by /u/Weirfish
[link] [comments]
Top
Post Reply
1 post • Page 1 of 1