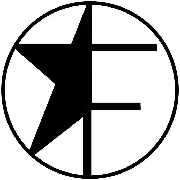 I can't believe you moved out because we turned off the internet, wow
You never paid your rent and so we kicked you out, but how?
Cut off the lifeblood, the only way you can get your satisfaction
Can't stand your real life so you take to Facebook to take action
Against anyone you've ever met, scrape the bottom of the barrel now
You must think about me so often, I'm so sorry, there there pal
I've seldom thought about you in three years, really only when you speak my name
I'm off bettering myself, but go ahead, play your silly game
Hey, look, if you regret our quote unquote relationship
I don't resent that, I do too, but don't lash out girl, don't you trip
I've got receipts, printed the past, this new deceit just cannot last
So let it go before you swallow your pride, I'll feed you your last
You're trash, just like your entire side of the room we shared
Occupy a living quarters with others, but you never cared
Selfish and accusatory, tell a fabricated story
Pretend like you're out to help the people but you're only here for glory
God you bore me. A cheap source of entertainment
"What's she up to now?" Oh just another product placement
So you're a goddess now, huh? Tell everyone your ass is Asian?
Bitch you're whiter than a packet of mayo at an Iowa gas station
Appropriate a culture and pretend you're some kind of saint
Then attack me for something I thought was real? Ain't that quaint
I don't like calling women bitches, but your bark begs a shorter leash
And I'm not afraid of your bite since I've never seen you brush your teeth
Just leave well enough alone, go back from whence you came
I haven't thought about you in three years, I suggest you do the same
You can suck cocks for money, I respect the hustle and the gains
But of everything you stuff in your mouth you can keep out my name
It's a shame, really. My apologies are sincere in the wake
I'm big enough to admit that you were my life's biggest mistake
I'm only human after all, I'd explain but what's the use
If you're a master of anything it's coming up with an excuse
Am I more than you bargained for yet?
Oh, and let's not forget you're still in debt
I think you owe the lot of us something like a thousand bucks
I let it go, but you won't let up
I'd say I cut you a deal, let's be real
I did you every favor in the world and you claim this is how I make you feel?
Did I drive four and a half hours because it was easy? Unlikely
And why did you move in with me a year later if you claim you didn't like me?
Bullshit, you fucking miss me, but now all you want to do is fight me
Maybe just jealous that my life is going better than yours nightly
I mean come on, I haven't kept up with your life but, hold the phone
How's the writing going? Still gunning for a spot at Rolling Stone?
Or have you given up on your dreams? Have you become less insistent
Traded in your goals for the path of least resistance?
Well you can keep the friends, and you can keep the music, fine
Just remember every time you interact that they were mine
And I'll keep cropping up, I don't have much else to say
You got yet another song, you wouldn't have it any other way
Heart used to flutter at the Inbox(1) but now my stomach shudders
Because I remember you and all the fucking food buried in your covers
I'm only joking, like you must be, ease up on all the wrath
I heard that you were talking shit, but hey, thanks for the laughs
And going forward I'll forget you again, a product of the past
Built from imitation materials and never meant to last
<3 <3 <#
BBS signatures used to seem so important.
Top